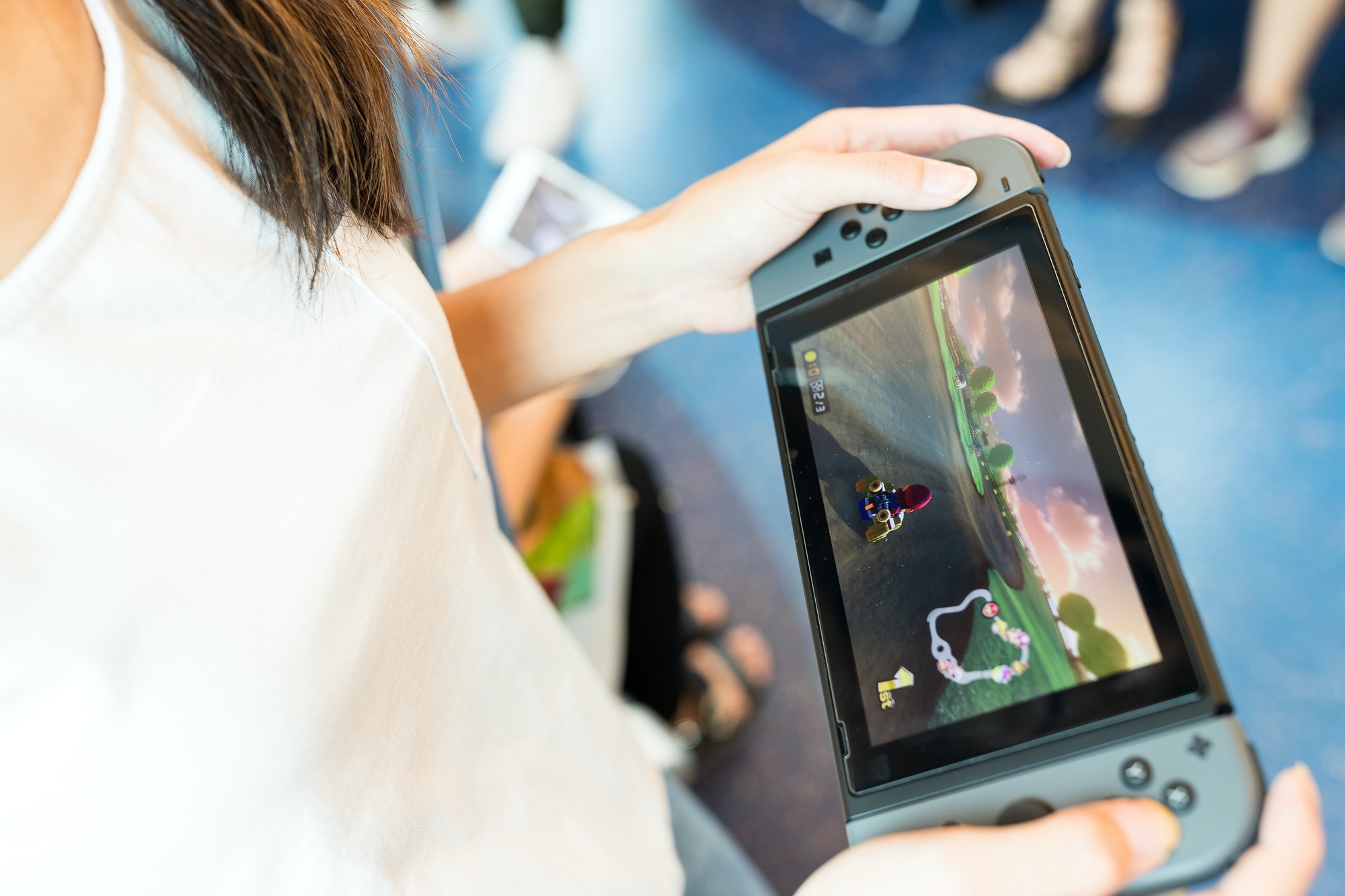 With a smartphone in everyone’s pocket, it only makes sense that gaming devices head the same way. Sure, we can play games on our phones, and mobile smartphone gaming is making leaps and bounds every year, but for an authentic gaming experience, we want that handheld controller feel and zero interruptions from calls and emails. Let’s look at the best handheld gaming devices on the market.

The switch got its name from its ability to go from handheld to the big screen. With up to five hours of usage on a single charge, this little console packs a big punch. It also allows access to a massive variety of games, such as:

….and a lot more. This is the evolution of gaming, and it’s available for $299. You can also downgrade to the Lite for $199 without the ability to connect to your TV, or upgrade to the OLED model for $399 and get clarity gaming on the go like never before. Your choice depends entirely on your budget. Keep in mind that just like a regular console, each game costs additional money. While the options are vast, they aren’t preloaded, which can put a significant damper on someone’s excitement if they can’t afford the game they want.

Throwing it back to days gone by before the Game Boy, the Game & Watch Consoles prove that sometimes simple is better. The overall look is reminiscent of the 80s, giving it that perfect bit of nostalgia. Not only are these affordable, but their niche fits perfectly into the needs of casual players as well. The two best varieties are the Nintendo Game & Watch: Super Mario Bros Handheld Console and Nintendo Game & Watch: The Legend of Zelda. Fans of either game franchise will be delighted with these recently released options.

The Legend of Zelda Edition has three games as well:

Both are priced at $49.99, so they make great gifts that fit any budget. The games are preloaded, too, and don’t cost anything extra. Even better, regardless of the overall retro look, they still use advanced technology and charge with a USB-C cord.

Regardless of which one you choose, we highly suggest getting a warranty or buying one of the protective accessories available. Portable gaming consoles are pretty durable, but if you’re laying down a decent amount of money, you don’t want to lose out if it falls from your bag or gets dropped in the sink!