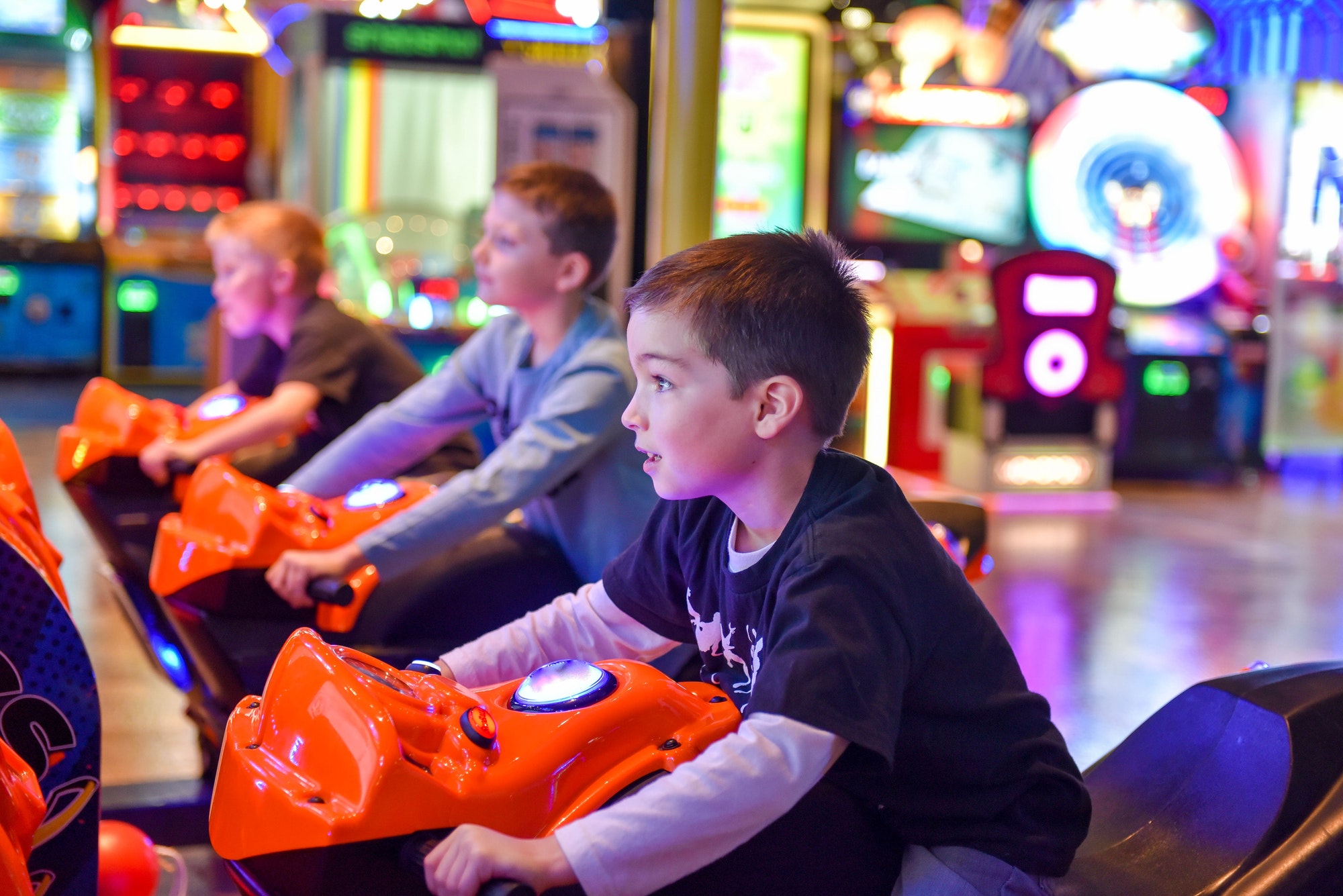 When was the last time you kicked back at the arcade and had a blast with a joystick? It’s probably been years! We’re listing the top retro arcade games so you can reminisce over the good old days. Who knows, maybe you’ll end up wanting to find an arcade near you for a trip down memory lane!

Released in 1991, this second iteration was a slam dunk for hours of entertainment. The pinnacle of fight games, Street Fighter II, had a great soundtrack, amazing controls, and the most colorful characters. The best part was battling it out for the top score and placing bets with your friends on who could do better. You can now find this game with a massive upgrade on PS4 and PC!

There isn’t a person alive who hasn’t heard of the classic Pac-Man. It single-handedly brought arcade gaming to the forefront of 80s entertainment. The simplicity of navigating a maze while avoiding adversaries launched multiple remakes, including Ms. Pac-Man, Baby Pac-Man, and many more. Today, you can play it on several platforms, but there is something about being in an arcade that adds to the fun.

Before Pac-Man, Space Invaders brought kids around the country to the arcade. With the simple interface of stopping invaders before they reached the bottom of the screen, it was fun, easy, and the perfect way to one-up your friends. This game is considered the biggest moneymaker on the market, bringing in a whopping $13 billion between swag and remasters since 1978.

Before home consoles were a thing, Donkey Kong could be found in arcades everywhere. Everyone remembers dodging barrels while being introduced to some seriously beloved characters like Mario. This game launched a franchise that is still going strong today! Once the home console NES came out, this game went down in history as one of the best.

Released in 1983, the graphics for this game are famous, as they came from the great Don Bluth. Don’t recognize the name? He was one of the main artists for All Dogs Go To Heaven, The Secret of Nimh, and The Land Before Time. The game itself is considered one of the most difficult ones available, and the death sequences bring it to the best ever list. It’s also hailed as one of the reasons arcades didn’t die out in the 80s.

One of the most famous games of all time, Tetris, was released in arcades around the world in the mid-80s. You’ll be hard-pressed to find someone that hasn’t played one version or another of Tetris. This is one of the few you don’t need to run to the arcade to enjoy. You can download it straight to your phone. It’s considered one of the most revolutionary games in existence, and there is even a slot in the Guinness Book of World Records when the game was played on a skyscraper!